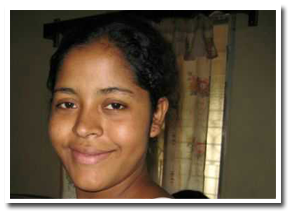 In Honduras, even common medical problems can get quite involved due to the lack of care in the public health facilities.  This is a story of a young lady in her mid 20’s.  She had been to the government run health department several times with bad pain in her lower back.  It had gotten bad enough that she could not work and was about to lose her job.   She came to our clinic practically begging Dr. Ana to see her which of course she did.   During her exam she gave a list of symptoms that included: lower back pain, fever, chills, headache, nausea, and vomiting.   The health department had given her acetaminophen for the pain.   Ana diagnosed her with a kidney infection.   We gave her the correct medicine and a doctor’s excuse for missing work.   She called us a few days later and was doing much better.  Her work called also to confirm her note and she was able to keep her job.

Another very common problem is the inability for mothers to purchase necessary formula for their baby.  Nursing a baby is not an option for all women for a variety of reasons so formula is often needed.  On several occasions we have given poor mothers with newborns formula for babies.   We do not give them an unlimited supply but we do support their need until the baby is out of danger which is usually four to six months.   There was one infant that we gave assistance to for eight months.  She is now healthy and doing well.

Solving these “easy” problems cannot be accomplished without assistance from people like you.  Please consider partnering with us on a regular basis so we can help more people who are in desperate need.